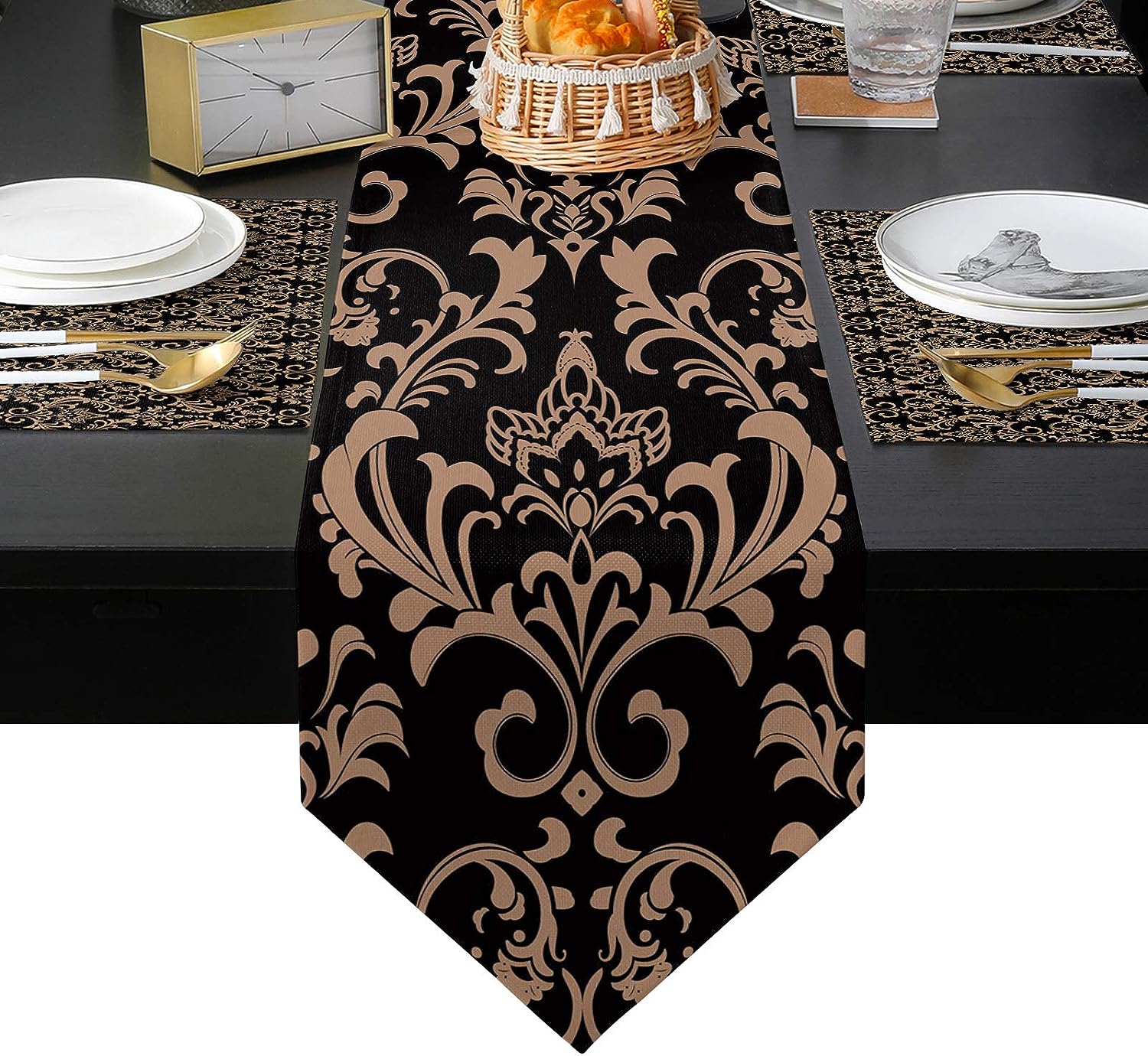 Specification:
High Quality Material: Our table runner is made from burlap linen, and the palcemat is made of cotton linen.
Available Sizes: 16x72inch(40x183cm)x1+13x19 inch(33x48cm)x6
Package: 1x table runner, 6x palcemats.

Protect Your Table: Stain-proof and heat insulated, perfectly protect your dining table from stain, scratch or scaled.
The placemats are non-skid, but still be watching out if you use them. No deformation, no fading, easily stored, can be rolled up for collection.

Great Gift Choice: Combine with coordinated tablecloths, dinner napkins and placemats to create a look that is bound to impress.
Our table runner set also make excellent and thoughtful gifts. suitable for dinner or parties, holiday gifting, birthdays, anniversaries, or just any other special day.

Easy Care:
Hand wash best, machine wash in a gentle cycle with a neutral detergent, lay flat to dry, don't bleach.
Avoid soaking for a long time, avoid prolonged exposure in the sun, put it in the ventilated place to dry.
Wrinkles can be easily ironed.

Warm Tips:
Please allow a deviation of 1-2cm due to manual measurement.
Due to monitor differences, actual color may vary slightly from what appears on your monitor's display.